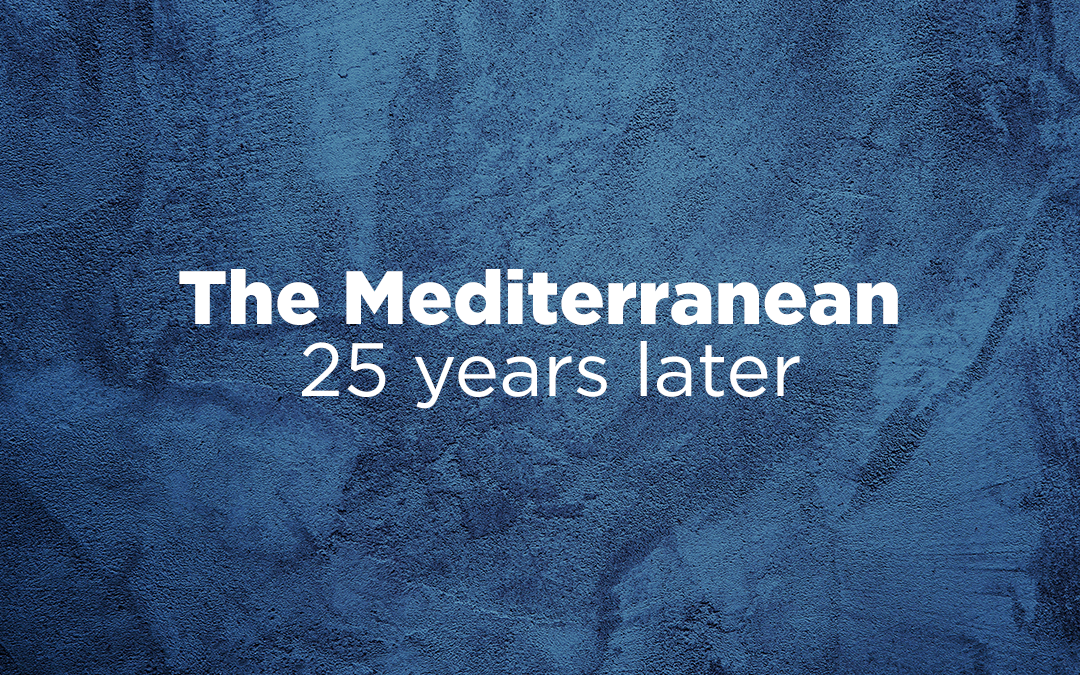 The Barcelona Declaration marks a milestone in a project of peace and prosperity for the whole region.

November 28, 1995, will be marked as one of the most important milestones in Spanish and European diplomacy. The Barcelona Declaration was signed on that date.

It was a revolutionary initiative in shape and content, achieving that the countries of the North, South, East, and West of the Mare Nostrum could find a historic commitment to advance in the creation of a space of peace and prosperity.

At that time, the diplomatic leaders in charge of promoting such a project described the result as a process: the Barcelona Process. We designed a new way to address the problems affecting instability in this region. We reached a conclusion, which was totally innovative at the time, that only if we advanced interactively in the political and security, economic-financial and cultural aspects, could we consolidate a space of coexistence acceptable to all.

The Barcelona Declaration enjoyed a favorable geopolitical moment. We lived in the hope that a definitive peace in the Middle East could be possible. We were witnessing the post-Madrid era of 1991, under the influence of the historic Oslo Accords. There was a will on all sides and, despite the harshness of the approaches and the intransigence in translating almost irreconcilable positions into texts, in the end, “diplomatic wisdom” was able to draft the final document and receive the unanimous support of all delegations.

Twenty-five years later, light and shadow have accompanied this process. The societies of the North and the South began to know each other better. Improvements were made during the first years in the commercial and economic fields. Renewed Euro-Mediterranean policies were adopted, but the stagnation of the peace process in the Middle East and the lack of political and social reforms in the southern countries led to a slowdown in the pace of change and development across the Mediterranean region.

At that point, it was a matter of taking a leap of faith with a bigger bet, establishing a “union” even more demanding in its political commitments. The Union for the Mediterranean (UfM) was created in July 2008. Finally, it was possible to create a UfM General Secretariat in Barcelona to ensure the monitoring of the works.

The UfM General Secretariat has indeed had to deal with existential moments. Paradoxically, when a political mobilization was most needed, this one stagnated behind the false siren songs of the Arab Spring. The conflicts and crises multiplied, and the cooperation was unable to establish a serious plan for the implementation of joint projects.

Today, it is up to us to take stock and review the future, especially regarding the challenges and needs of cooperation in the current context of recovery after the pandemic. The Covid-19 makes the Euro-Mediterranean cooperation more necessary than ever. But, in addition, the current situation forces us to act urgently: crisis on the verge of military confrontation in the Eastern Mediterranean, open conflicts in Libya, Syria, etc.

In drawing lessons from this situation, the first lesson that emerges is the simplest and most necessary one: political will. Is there enough political will today to shape a common future? I am convinced that there is, but together we must manifest it in some specific way.

Secondly, the main actors of 1995 and 2008, Europe and the Arab countries seem to be absent when defining their own destinies. Neither one nor the other seems to influence in the decision-making to address a shared future.

A political debate between the foreign ministers of the UfM is needed. They must define the new mandate without forgetting the crisis, but with the will to overcome it. Economic and financial projects are still necessary, but they must receive clear political support for them to work. Moreover, social, cultural, and religious matters should be included more prominently in the future agenda. The rift between the North and the South due to civilizational or cultural issues becomes more significant every day. We must build a Mediterranean demos. We could all recall Albert Camus’ pensée du Midi, which would make us more willing to abandon the absurdity of the reality that seems to impose itself between the two banks.

Spain should not let this new historical appointment go unnoticed. The challenges in the second decade of the 21st century are indeed greater, but this should not be an excuse. The new generations are waiting for a solidary and shared answer to all these problems. We politicians only have to facilitate these solutions. If we don’t, we will have failed in our mission. The Mediterranean is well worth this collective effort.