The Cathedral and the World: A Spiritual Solidarity 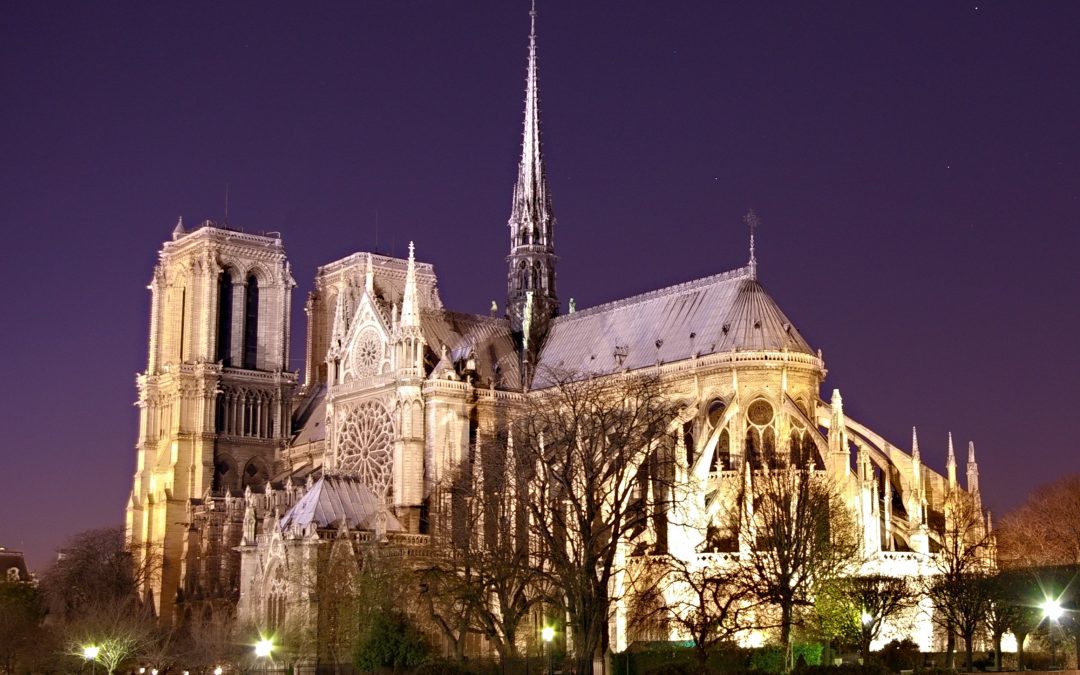 On April 15th, the world was startled watching the dramatic images of the wild and demolishing fire at ‘Notre Dame’. When the Gothic spire felt- a symbol for Paris, France, Europe and the world- citizens around the world were taken aback by a collective feeling of grief and shock. While a part of French and European history had been devoured by the fire, a unanimous voice was raised to preserve and rebuild a heritage that belongs to the whole of humanity.

These are some of the reflections to be made about this accidental drama. While Parisian firefighters battled the devastating fire inside the cathedral, an affective and spiritual solidarity was spreading all around the world.

The first thought focused on the Catholic community; the first ones affected by the deep meaning that ‘Notre Dame’ has for them particularly during Easter. The Catholic and Christian faiths were soon joined by all beliefs and religions.

Even though religious sentiments prevailed during those uncertain initial times when prayers were said to save ‘Our Lady’ from total destruction, there was full support from believers and non-believers alike.

It was Victor Hugo who, in his magnificent novel ‘Notre Dame of Paris’, rescued the cathedral from oblivion from French citizens and authorities in the 19th century.

Today, the purifying fire sends us a stark message. There is a conscience beyond borders which knows how to respond to natural and human catastrophes. That same conscience was echoed as the world reacted in shock towards the barbaric terrorist attack against Christchurch. Efforts were made to try to prevent similar horrific incidents from reoccurring. Today the international community applauds the approach of the people and the government of France to mobilize and propose actions to avoid similar accidents in the future.

UNESCO responded immediately and generously expressing readiness to coordinate together with the French authorities to rebuild and protect this historic and religious heritage.

It is apparent that there is a global consensus in favor of the protection of religious sites. As such, there is no doubt that the same unanimous conviction will be manifested to protect and safeguard the security and serenity of all those believers willing to exercise their indisputable human right to worship in freedom and peace. This is the mandate that I have been tasked with by the United Nations Secretary-General in my capacity as High Representative of the United Nations Alliance of Civilizations. To develop a global Action Plan to safeguard religious sites so as to guarantee that worshipers can exercise the right to observe all faiths in peace.

With the recurrence of terrorist attacks on religious sites targeting different faith communities, it is clear that terror has no religion and no boundaries. The multiple terrorist attacks in Sri Lanka on Christian worshipers during Easter Mass, leaves no doubt that such Action Plan is needed today more than ever. I count on the support of the international community, faith leaders and other stakeholders to accomplish this vital mission.

In our world today, we recognize that the international community is not only impacted by scientific, economic, political, environmental, cultural or sport achievements, but also by their ability to respect different cultures and religions.

The feeling of belonging to a culture, a civilization, or a religion should not separate us or be a cause for confrontation for humanity. Understanding and acknowledging the suffering of the ‘other’ is a demonstration of the strength inherent in our individual cultures and civilizations. If such a strength has been manifested after the ‘Notre Dame’’s fire, the same manifestation can be replicated when we embrace the cultures, religions and civilizations of our dear humanity.